About the Kynosarges Excavation Records In early 1896 Cecil Smith, Director of the British School at Athens, was looking for a site to excavate in Athens for two reasons: for the BSA to contribute to the knowledge of Athenian topography and, more so perhaps, to use the opportunity as a training ground for students who would then move on to the BSA excavations being planned on the island of Melos. On the advice of Dr Wilhem Dörpfeld, then Director of the German Archaeological Institute at Athens, and, after securing private funds, Smith decided to excavate a plot of open ground south-west of the Olympieion, on the south bank of the Ilissos River which was thought to be the site of Kynosarges with its public gymnasium and shrine to Heracles. Excavation began on the 10th of March 1896 and carried on into the middle of April before breaking off for BSA excavations to start in Melos. The Kynosarges excavations were continued again later in the winter of 1896 and the spring of 1897. Over these seasons the foundations of a large gymnasium with a later Roman bath house constructed over it were discovered as well as burials dating to the 6th-5th century B.C.. Results were published piecemeal in articles in the Annual of the British School at Athens or the Journal of Hellenic Studies dedicated to the inscriptions, the vases or the architectural features. 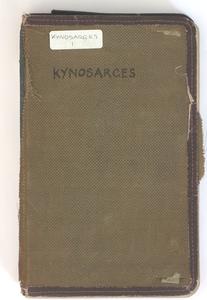 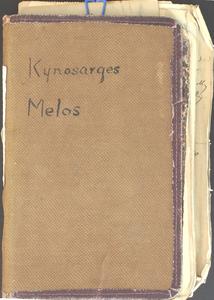 Notebook with site notes plue loose notes and 1 letter in back. Notes include bothe sites of Kynosarges and Melos. Notebook of Kynosarges excavations 1896-1897 which includes sketches and plans of the excavations, some folded inside book, and loose sheets of notes labelled, "Kynosarges Excavations. During C.S.' (Cecil Smith) absence- March 16-28, 1896." 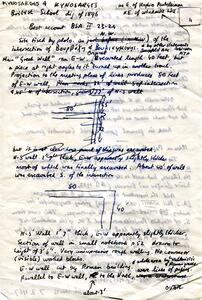 Photograph of general view Kynosarges Excavations. On the back in pencil is written, "Photo No. 9" 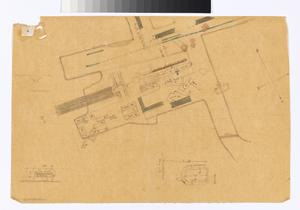 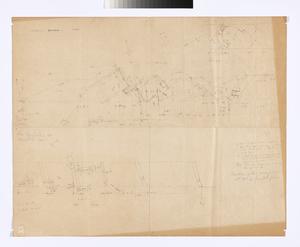 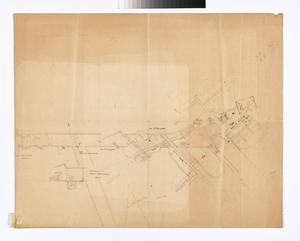 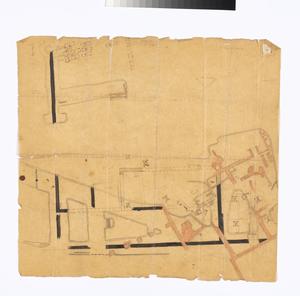 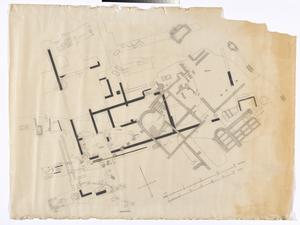