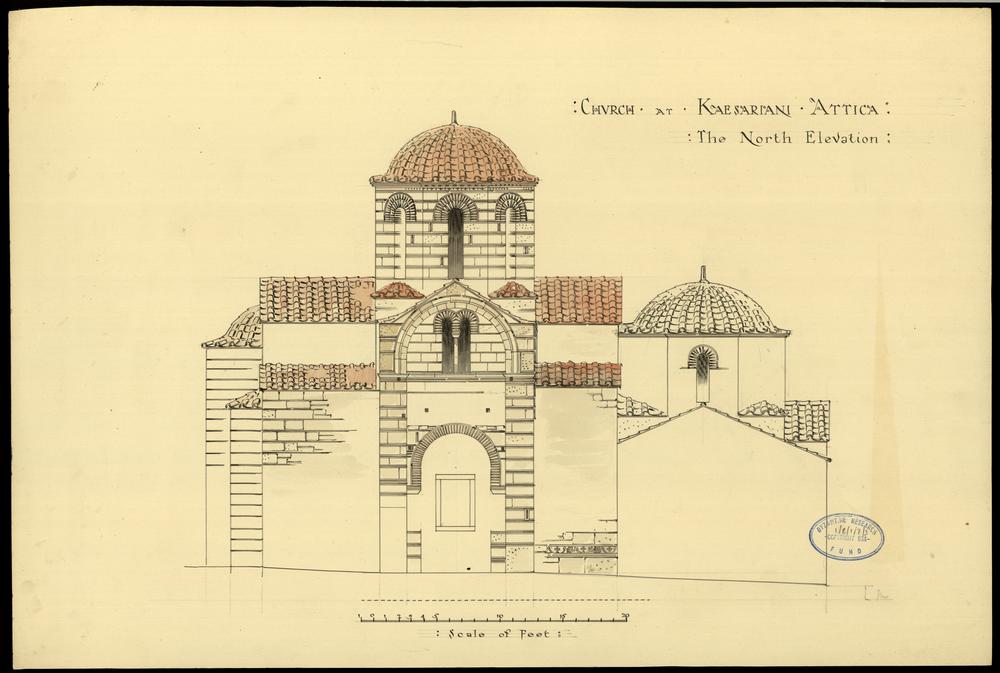 The Byzantine Research Fund Archive (BRF) is a unique collection of architectural drawings, photographs and notebooks created from the late 19th century to the middle of the 20th century by a small team of British architects trained in the Arts & Crafts tradition whose studies of Byzantium shaped the Byzantine Revival in later years. The collection contains over 1,500 drawings and 1,000 photographs, numerous notebooks and the corporate records associated with the Byzantine Research and Publication Fund, the original body created in 1907 to support this work. Although the Fund was associated with the BSA from the time it was founded, it was not until 1937 that the BSA formerly took over the property and operation of it. The BRF Archive contains records of Byzantine monuments in Greece, Turkey, Italy, the Near East, Egypt, and Cyprus. In some cases, the collection contains the only record of a monument before its destruction in modern times, the most important example being the church of Hagios Demetrios in Thessalonike which was almost completely destroyed in the Great Fire of 1917 shortly after being recorded by one of the BRF architects, Walter Sykes George. It also contains personal records of the following architects; Robert Weir Schultz, Sidney Howard Barnsley, Walter Sykes George, William Harvey, Harold Swainson, Peter Gus Corbett, and A.H.S (Peter) Megaw. The aspirations of the BRF Archive Project today are to make these materials accessible to a wide range of researchers.