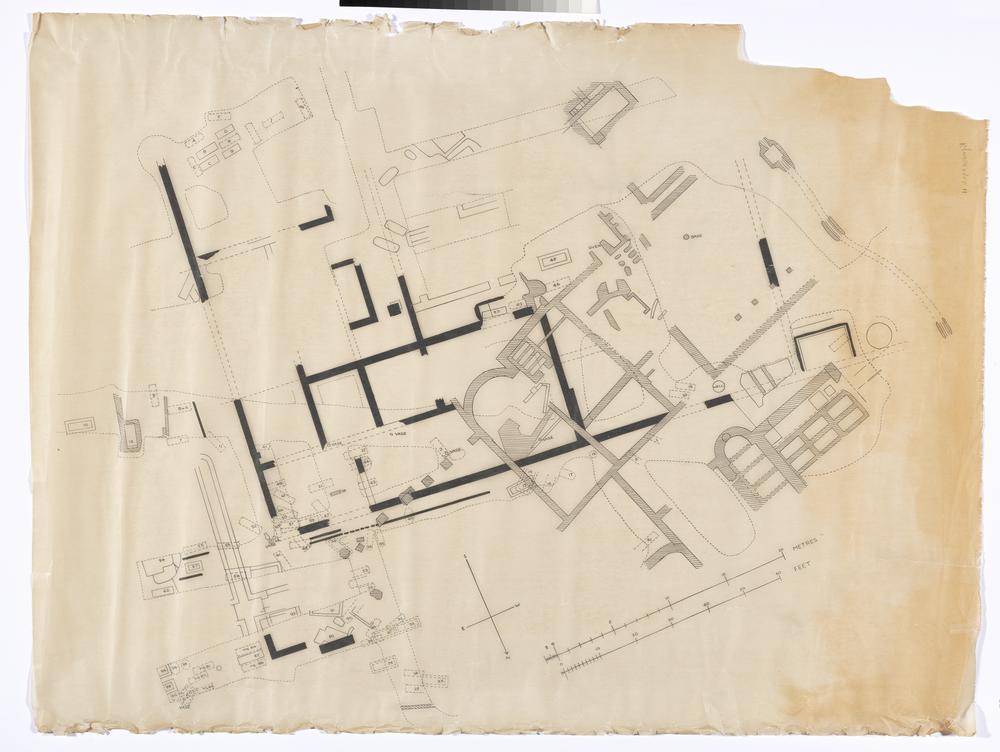 In early 1896 Cecil Smith, Director of the British School at Athens, was looking for a site to excavate in Athens for two reasons: for the BSA to contribute to the knowledge of Athenian topography and, more so perhaps, to use the opportunity as a training ground for students who would then move on to the BSA excavations being planned on the island of Melos. On the advice of Dr Wilhem Dörpfeld, then Director of the German Archaeological Institute at Athens, and, after securing private funds, Smith decided to excavate a plot of open ground south-west of the Olympieion, on the south bank of the Ilissos River which was thought to be the site of Kynosarges with its public gymnasium and shrine to Heracles. Excavation began on the 10th of March 1896 and carried on into the middle of April before breaking off for BSA excavations to start in Melos. The Kynosarges excavations were continued again later in the winter of 1896 and the spring of 1897. Over these seasons the foundations of a large gymnasium with a later Roman bath house constructed over it were discovered as well as burials dating to the 6th-5th century B.C. Results were published piecemeal in articles in the Annual of the British School at Athens or the Journal of Hellenic Studies dedicated to the inscriptions, the vases or the architectural features.

The few Kynosarges Excavation Records which survive in the BSA Archives are, unfortunately, incomplete and only consist of three notebooks, six drawings, one photograph and one page of notes of a much later date. Two of the notebooks are signed by the architect on the project, Charles Clark. The owner of the third notebook is unidentified but could have been written by either Cecil Smith or Rober Carr Bosanquet, who helped supervise the excavations. The end of this notebook is also dedicated to work on Melos, specifically the site of Klima which was identified as ancient Tramythia. The six drawings are plans of the excavations at various stages while the one photograph is a general one of the site. Further images from the Kynosarges Excavations can be found in the BSA SPHS Image Collection. One page of notes, housed with this collection, was written by Professor David M. Lewis in 1967 in an attempt to relocate the site and discuss the significance of the finds.