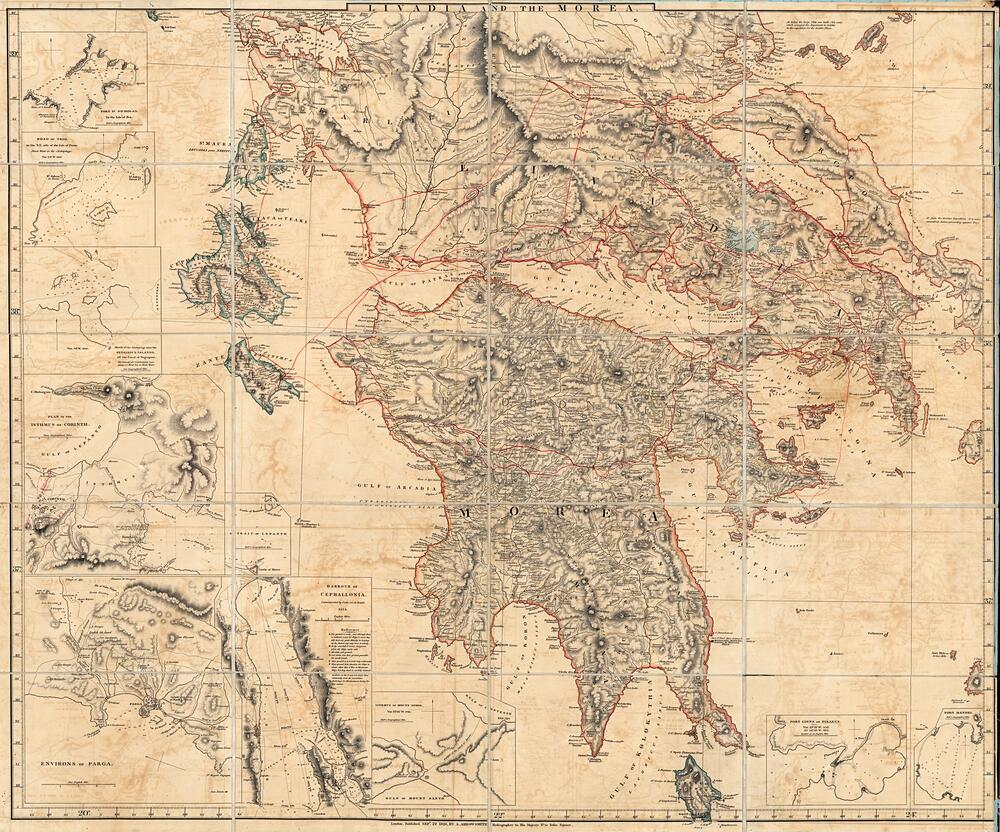 The British School at Athens Map Collection includes cartographic records from the early 19th century to the present day, primarily of Greece and neighbouring regions. The older and rarer maps, collected by various members of the British School at Athens, and include a number of maps that are part of the George Finlay collection. The BSA Map Collection is predominantly based on army reconnaissance starting with the French and Austrian Staff Maps from the 19th Century, followed by the British Army maps of the 20th Century and culminating in the recent Greek Army maps. The collection also includes British Admiralty Charts form the 19th Century, commercial maps and map series, thematic maps, historical atlases and miscellaneous cartographic related material.