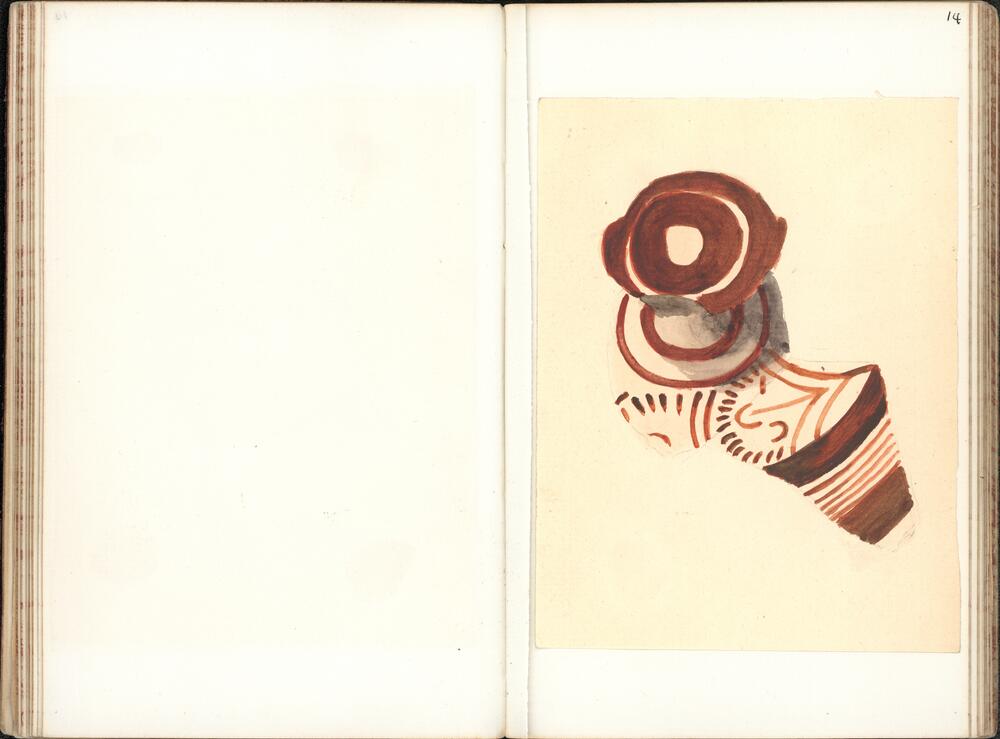 In 1889-90, Petrie found Aegean pottery while excavating the Egyptian sites of Illahun, Kahun and Gurob. He realised that the absolute chronology of Egypt, based on its historical records, would help build a relative chronology for the Aegean and presented this chronological issue in an article published in 1890 in the Journal of Hellenic Studies (‘The Egyptian Bases of Greek History’ JHS 11: 271-277). In 1891, Petrie worked at the BSA on links between objects found in Egypt and at Mycenae, publishing his results that same year in the Journal of Hellenic Studies (‘Notes on the Antiquities of Mykenae’ JHS 12: 199-205). The following year, he started excavations at Tell el-Amarna. As the annotation on the flyleaf indicates, Petrie presented this notebook to the Library of the BSA in September 1893 although it was later transferred to the BSA Archive when it was officially established.